In the absence of live baseball, I have reached down into my DVD collection, looking for something to fill the void. There are very few movie scenes that bring tears to my eyes –the “Marseillaise” scene in Casablanca comes to mind – but Cinderella Man has more than one. And while it may be facile to draw comparisons with the current epidemic and what may follow, art may provide a forceful reminder that hardship is an occasion to reveal strength of character which in turn yields the peaceful fruit of righteousness to those who have been trained by it (Romans 5:3-5; Hebrews 12:11).

And that is what this boxing movie is about. James J. Braddock was an up-and-coming boxer in the late 1920s. We first see him enjoying the good life with his wife Mae after a victory in 1928. The scene moves on to 1933: his prowess dimmed by injuries and the advent of the Great Depression, he is unemployed with three small children. Pleading for work in the New York dockyards, he masks his bandaged hand with shoe-black.

Things go from bad to worse. The electric company turns off power to their tenement, and Mae unilaterally sends their three children to a relative. Braddock explodes at her, recalling his promise to their son that he would never let the family be broken up. He then goes out to the unemployment office to collect his $19, which is not enough, and from there to the boxing magnates’ lounge, where he literally passes the hat: “You know me,” he says. “If I had anywhere else to go, I wouldn’t be here.” With the big-wigs’ loose change and a top-up from his friend and promoter Joe, he gets the lights back on and the kids home.

Then one day he gets a break: a one-off fight with a rising star, where he is intended to be the fall-guy – except the other guy falls. Braddock goes on a string of victories leading to the heavyweight championship with Max Baer. While the movie turns Max, somewhat unfairly, into an overweening villain, it is true that he underestimated Braddock, who was a 10-1 underdog. When Braddock won, he was dubbed “Cinderella Man.”

With the earnings from his fights, he returns the unemployment money and explains to the press reporters: “I believe we live in a great country, a country great enough to help a man when he is in trouble. Well, lately I have had some good fortune and I’m back in the black, and I just thought I should return it.”

The movie is rated PG-13: no bad language, sex, and violence – OK, if you don’t like boxing, then try another film. Russell Crowe as Braddock, Renee Zellweger as Mae, and Paul Giamatti as Joe are superb. The love of husband and wife for each other and for their children is, as I said, truly moving (watch this “champion of my heart” clip). The psychological impact of the Great Depression on men and women of my parents’ generation is palpable if occasionally over-dramatized. The role of the church as a source of spiritual and social solidarity is, today, sadly missed.

Braddock enjoyed a two-year tenure as champion before losing to the great Joe Louis in 1937. The on-screen credits mention that with his earnings he bought a bungalow in New Jersey where he and Mae brought up their children and lived for the rest of their lives. Braddock served in World War II, ran an equipment company on the New York docks and helped build the Verrazano Bridge. He died in 1974.

When the film came out in 2005, Roger Ebert commented: “‘Cinderella Man’ is a terrific boxing picture, but there’s no great need for another one. The need it fills is for a full-length portrait of a good man.” Still true for our time, I think. 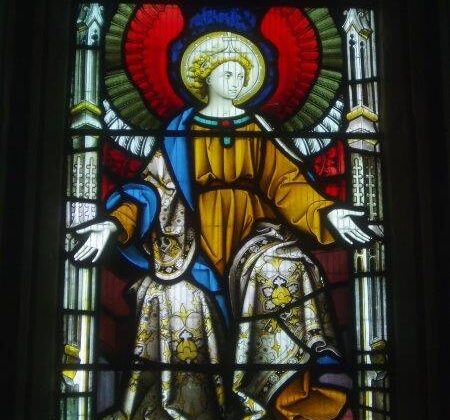