In October 2019, the Global South Anglican Fellowship (formerly GSA Network) issued a communiqué (“Seventh Trumpet”) from its meeting in Cairo, which mentioned the approval of a “Covenantal Structure” (hereafter “GSA Covenant”) for its member churches.

The approval of this Covenant raises serious questions about the confessing movement in Anglicanism which I believe must be answered.

I speak as one who has followed and participated in events in the Anglican Communion, the GSA Network, and Gafcon over the past twenty years. I proposed a strategic revision of the Anglican Communion Covenant to the Gafcon Primates in 2010, and again a joint GSA-Gafcon Covenant to the GSA Primates in 2017 (see Essay 9 in my book The Global Anglican Communion). Both proposals were turned down. I have studied the current GSA Covenant document and the draft Gafcon Constitution (yes, there is one). So I think I am in a position to pose questions to both groups.

Question 1: How are Gafcon and GSA Fellowship different?

Canon Phil Ashey, a member of the GSA Study Group that authored the Covenant document, claims that the approval of the Covenant in Cairo is a unique and “historic” development addressing the “ecclesial deficit” in the Anglican Communion. He implies that the GSA Fellowship “is not saying they are better than Gafcon or want to replace Gafcon.”

So what then is Gafcon? Canon Ashey does not say. Neither the GSA communiqué nor the Covenant mentions Gafcon directly, which leads to the question: how are they different? I have heard several explanations and, frankly, they are not convincing.

GSA claims that since all of the Gafcon Primates were invited to Cairo and the GSA Primates unanimously approved the Covenant, therefore Gafcon has endorsed it as well (N.B.: the Primates of Nigeria, Uganda, and Kenya were not present). This is, in my opinion, a logical sleight of hand. Gafcon has its own Primates Council, which meets each year in April. Only this body can officially endorse such a document, with final adoption by a Gafcon Assembly. In fact, the draft GSA Covenant was presented to it in 2018 and 2019, and both times the Gafcon Primates did not endorse it.

I believe there is fault on both sides here. Something as important as the Covenant should have been taken up by Gafcon instead of being shunted aside. But on the other hand, the approval of the Covenant in Cairo appears to be unilateral and preemptive.

Question 3: Why did the GSA refuse to use the Jerusalem Declaration for the “Fundamental Declarations” of the Covenant?

Question 4: Gafcon and GSA Fellowship both claim the authority to break communion with heretical churches and to recognize replacement churches. Should Gafcon hand over this role to the GSA Fellowship?

In the Jerusalem Declaration (clause 13) Gafcon states: “We reject the authority of those churches and leaders who have denied the orthodox faith in word or deed. We pray for them and call on them to repent and return to the Lord.” Consistent with this principle, the Gafcon Primates invited Anglicans in North America to form an alternative jurisdiction and shortly thereafter admitted the Anglican Church in North America and welcomed its Archbishop to its Primates Council. Later on, the GSA did the same. Gafcon has continued to act on this principle, recognizing one Province (the Anglican Church in Brazil) and seven Branches.

2.1.6 Members of the GSA are in full communion with one another. We recognize the territorial jurisdiction of member Churches of the GSA. We extend our fellowship to confessing Anglican clergy and congregations who seek to promote the Gospel and defend the faith. We recognize and offer episcopal oversight to Anglican congregations, according to the provisions set out in Section 3, in those Churches that have departed from the historic standards of doctrine and morals of the Anglican Church. Our Churches are out of communion with those Churches that allow the blessing of same-sex relationships or purport to solemnise same-sex marriages in their doctrine and practice or admit to holy orders those in same-sex unions, and those churches that pursue other significant departures from Biblical teaching.

Let’s be clear: the GSA covenant is claiming a primary loyalty and authority among its members. It is reducing the official “Instruments of Unity” to a secondary status and is in effect superseding the “official” Anglican Communion Covenant. It is extending its reach beyond the “traditional Global South provinces” (see §3.6) and is encouraging any diocese, province or regional church to join (§1.1). It is, in effect, reforming and reordering the Anglican Communion (see the 2018 Gafcon “Letter to the Churches”).

I agree with the substance of this section. This is the same stance that Gafcon has taken. But surely, to avoid conflict and confusion, one entity should hand over this authority to the other. The GSA Covenant has made its choice clear; does Gafcon agree?

Question 5: How do you understand the parallel and overlapping structures of Gafcon and GSA Fellowship?

Here is a quick summary of the parallel structures of Gafcon and the GSA covenant:

How does one make sense of these parallel structures functioning without duplicating, overlapping, and competing with one another?

Question 6: Do you not see the potential danger that these parallel structures will cause confusion and division and that the real beneficiaries will be the failed “Instruments of Unity” of the Anglican establishment?

If the difference between the GSA Fellowship and Gafcon is not clear to students of contemporary Anglicanism like me, how are others, clergy and laity alike, going to figure out whom to believe and whom to support?

Rowan Williams recently spoke of Anglicans as a “family” that quarrels but sticks together rather than a communion of churches. Sorry, but families where one member has renounced the marriage vow and taken up with a paramour don’t stick together, they divorce. The family metaphor does apply to Gafcon and the GSA Fellowship: they do agree on the fundamental doctrine and discipline of historic Anglicanism and on the need for the reform and renewal of the Anglican Communion, but they appear to be squabbling over how to get there. Intra-family rivalries can be myopic, fierce, and ultimately destructive.

In the meantime, I sense apathy among orthodox Anglicans toward the reform movement due to a natural tendency of church leaders and people to “mind their own shop.” Apathy of this sort is what allowed radicals to take over the Episcopal Church and other parts of the Communion. For the two orthodox bodies to be sending out mixed signals is not only confusing but encourages the opposition to exploit the dissension, which it is already doing.

I have known and worked with leaders of both Gafcon and GSA Fellowship and know them to be good and godly believers who want the best for the Anglican future. I also believe there have been faults on both sides in facing important issues of governance squarely.

There are many commendable parts of the GSA Covenant, but in my view it has not been sufficiently vetted. At the Jerusalem Conference in 2018, our Statement group was praised for the fact that when we presented the initial draft and received critical feedback, we revised the final Statement accordingly and it was received with near unanimity. While the GSA Study Group has spent a great deal of time and energy on the proposal, I do not believe it was read or reviewed widely or thoroughly, even within the GSA constituency and much less in Gafcon.

I would plead with you, especially those who are leaders in both entities: sit down patiently to explain yourselves to each other and to the rest of us during this time of crisis in the Communion.

Be patient, therefore, brothers, until the coming of the Lord. See how the farmer waits for the precious fruit of the earth, being patient about it, until it receives the early and the late rains. You also, be patient. Establish your hearts, for the coming of the Lord is at hand. (James 5:7-8) 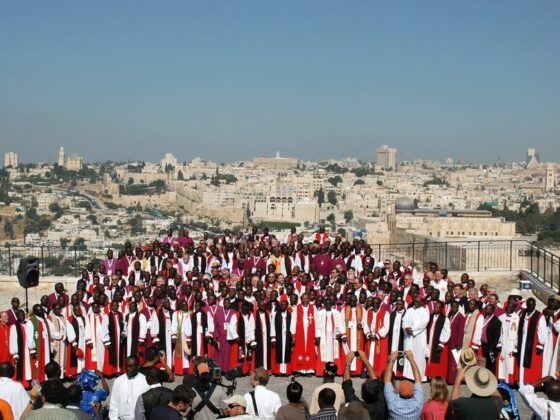 IS GAFCON A CHURCH? with a Reply to Global South Anglicans 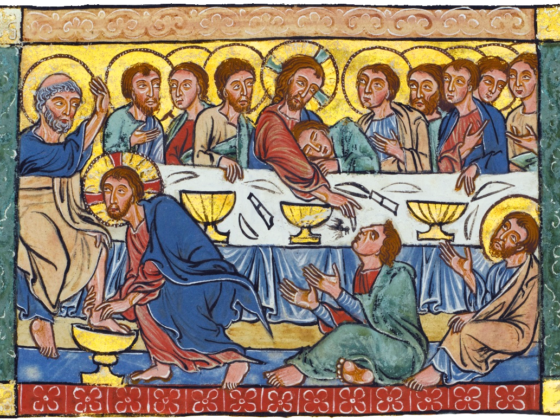