A colleague sent me a link to the “Living in Love and Faith” report to the General Synod of the Church of England, which is meeting later this month. For the uninitiated, the “Living in Love and Faith” (LLF) project is a massive exercise by the Church of England to tackle the thorny issue of human sexuality. The general supposition is that the LLF results will be forwarded to the Lambeth Conference in 2020, to be discussed in table groups (indaba), which in turn will conclude that Anglicans have a mixed bag of views on sex and marriage and that they have agreed to disagree. Such a result will in effect nullify the clear teaching of Lambeth 1998, which has been a touchstone for the Global South churches.

Knowing my habit of “fisking” documents, this colleague asked me if I would have a go at this one. Having slogged my way through, I politely decline. Far be it from me to tell the General Synod what to do. Farther still from teaching the English how to speak. But I will call on a couple Englishmen to support this contention: if this Report is representative of the quality of writing and thinking that we can expect from its contributors, it will go down as a memorial to the unbearable lightness of being Anglican.

Here is one sample page (of fourteen) from the Report:

Production of the Living in Love and Faith resources [§4, page 4]

The Living in Love and Faith team is working with the Communications Office, Church House Publishing and two creative agencies regarding the production of the various components of the resources. The creative agencies were selected from a range of 4 agencies which pitched for this work in early January 2019 on the basis of a Creative Brief.

The challenge is to produce resources that

[Text below superimposed on a spreading chestnut tree – or some other.]

A tree is a useful way of illustrating the kinds of resources that will be produced:

Despite its likening a book to a tree trunk, the entire report manages to avoid quoting the Book, the Bible, anywhere. Instead we get vague allusions to “creativity” and “hermeneutical understandings” and “situatedness of the gospel” and “ecclesiology in the context of difference.” The report makes no reference to Lambeth Resolution I.10 on Human Sexuality and suggests that it will produce a deeper understanding of the interplay of “inherited teaching” on marriage and singleness with “emergent views.” (The word “deep” seems a favorite of the authors, reminding me of this ditty from Gilbert & Sullivan’s Patience: “If this young man expresses himself in terms too deep for me, Why, what a very singularly deep young man this deep young man must be!”) END TEXT

C.S. Lewis begins his chapter on “Men Without Chests” in The Abolition of Man with an analysis of a school textbook, which he calls The Green Book, and whose authors he calls “Gaius and Titius.” Lewis’ critique of Gaius and Titius is not because of the vacuity of their ideas but the absence of “sentiment.”

The Chest – Magnanimity – Sentiment – these are the indispensable liaison officers between cerebral man and visceral man…. It is not excess of thought but defect of fertile and generous emotion that marks them out. Their heads are no bigger than the ordinary: it is the atrophy of the chest beneath that makes them seem so…. We make men without chests and expect of them virtue and enterprise. We laugh at honor and find traitors in our midst. We castrate and bid the geldings be fruitful.

In his novel That Hideous Strength Lewis fictionalizes Gaius and Titius in the person of Mr. John Wither, the Deputy Director of N.I.C.E. [National Institute of Coordinated Experiments], a university-based think-tank: “Wither was a white-haired old man with a courtly manner. His face was clean shaven and very large indeed, with watery blue eyes and something rather vague and chaotic about it….” Wither’s speech was even vaguer. Miss Hardcastle, N.I.C.E.’s hardscrabble enforcer, puts it bluntly: “Making things clear is the one thing the D.D. can’t stand… That’s not how he runs the place. And mind you, he knows what he’s about.”

Wither’s end is shocking as things fall apart at the novel’s end. Having beheaded a colleague and offered up the head as a sacrifice, the D.D., stark naked, finds himself speaking gibberish to his god: “Ouroborindra! Ouroburindra! Ouroborindra ba-ba-he!” The great national experiment at N.I.C.E., as it turns out, has been taken over by demons. It is hard not to hear overtones of N.I.C.E. in the work of the LLF team of creative beavers.

Lewis’ contemporary, George Orwell, expressed similar forebodings of the corruption of language in his essay “Politics and the English Language.” In Orwell’s fictional dystopia 1984, Big Brother has taken over all means of communication and is educating the elites in “Newspeak”:

The purpose of Newspeak was not only to provide a medium of expression for the world-view and mental habits proper to the devotees of Ingsoc [newspeak for “English socialism”], but to make all other modes of thought impossible. It was intended that when Newspeak had been adopted once and for all and Oldspeak forgotten, a heretical thought – that is, a thought diverging from the principles of Ingsoc – should be literally unthinkable, at least so far as thought is dependent on words.

It is hard to read these words now, 35 years after 1984 – without aligning Newspeak with today’s “political correctness” and “Oldspeak” with today’s “hate speech.” Like John Wither, Orwell’s protagonist, Winston Smith, his mind now reprogrammed, comes to a disturbing end: “He was back in the Ministry of Love, with everything forgiven, his soul white as snow… He had won the victory over himself. He loved Big Brother.”

It seems that the current controversy in the Anglican Communion and Lambeth 2020 comes down to branding rights. On the one hand, I would commend the 1998 Lambeth Resolution on Human Sexuality (300 words), the 2008 Jerusalem Statement and Declaration (2400 words) and the 2018 Gafcon “Letter to the Churches” (2500 words) as clear and concise statements of biblical teaching in the Anglican tradition. On the other hand, we have the ponderous Windsor Report (93 pages), the 2008 Lambeth Indaba (44 pages) and we are looking oh-so-so forward to the weighty multi-layered Oxbridge-endorsed LLF Project. Which of these “brands” will be fruitful for the future of the Gospel and mission of Christ to the nations?

The LLF likens its work to a tree. Well, it is a good metaphor. God’s Wisdom is “a tree of life to those who lay hold of her” (Proverbs 3:18), and as noted in Joyce Kilmer’s verse: “I think that I shall never see a poem lovely as a tree.”

But somehow, given this present update, I doubt the final Living in Love and Faith Report will be lively, lovely, or faithful. I suspect it may function more like the billboard in Ogden Nash’s “Song of the Road”: 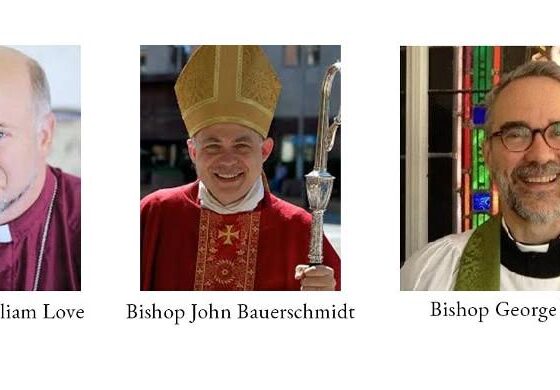 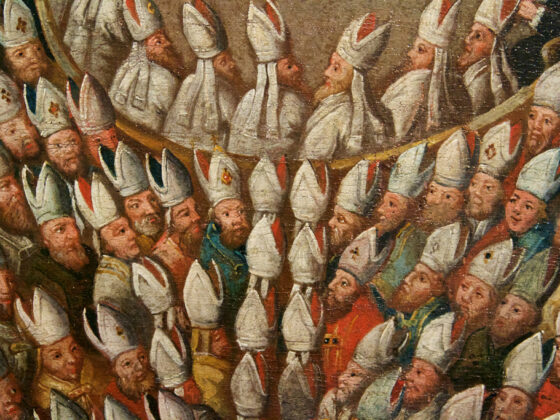