The hand of Providence is mysterious indeed. The Solomonic Preacher repeatedly asks the “who knows” question: “no man knows what is to be, and who can tell him what will be after him?” (Eccles 10:14; cf. 2:19; 3:21; 6:8,12; 8:1). And yet Providence plays a major role in one of only two books of the Bible that do not mention God: the book of Esther.

One could in fact argue that Providence is the major actor in the book. In the opening chapter, the conjoined folly of King Ahasuerus (Xerxes I) and his royal consort Vashti lead to her banishment and a royal decree announcing a beauty contest for her successor. A lowly Jewish girl named Esther is then Cinderella-like chosen to be queen, just as the Jew-hater Haman hoodwinks the king into signing a genocide decree against the Jewish people.

Esther’s uncle Mordecai informs her of the imminent plight of their people, and he urges her to intercede with the King at the risk of her own life:

“For if you keep silent at this time, relief and deliverance will rise for the Jews from another place, but you and your father’s house will perish. And who knows whether you have not come to the kingdom for such a time as this?” (Esth 4:14).

Deliverance from God, he is saying, sometimes comes by a miracle as at the Red Sea, but it also may come by risky human initiative. Having called the Jews to fast, Esther accepts the task: “I will go to the king, though it is against the law, and if I perish, I perish” (Est 4:16).

Seeing her, the King – or rather, the hand of Providence – favors her, and she proceeds to orchestrate a sequence of banquets at which Haman’s plot unravels. His wife Zeresh recognizes that this Providence is not blind but distinctly Jewish, warning: “If Mordecai, before whom you have begun to fall, is of the Jewish people, you will not overcome him but will surely fall before him” (Esth 6:13).

At the climactic moment of the book, Queen Esther informs the King of a deadly edict, bearing his seal of approval, against the Jews, and pleads:

“If I have found favor in your sight, O king, and if it please the king, let my life be granted me for my wish, and my people for my request. For we have been sold, I and my people, to be destroyed, to be killed, and to be annihilated. If we had been sold merely as slaves, men and women, I would have been silent, for our affliction is not to be compared with the loss to the king.” (Esth 7:3-4)

The King is taken aback: “Who is he, and where is he, who has dared to do this?”  Esther’s answer is “This wicked Haman!” Haman, your prime minister! Esther’s exposure of Haman leads to his being hoist on his own gibbet.

A problem remains. Haman is dead, but the “law of the Medes and Persians” is alive and irrevocable. There is only one solution. The King now charges Mordecai, who has replaced Haman as vizier, to issue a second solemn edict authorizing the Jews to defend themselves and to  “destroy, kill and exterminate” anyone who would try to carry out the first decree (Esth 8:7-14)! By the end of the book, Queen Esther and her uncle Mordecai, guided by the wisdom of the Jewish law, are in effect ruling the entire Persian empire.

There is an element of farce in the story of Esther, to be celebrated with hilarity at the annual feast of Purim, one month before Passover; however, the deliverance of the Jews cannot be celebrated without recalling the threat that led to it.

So we come to the present and Amy Coney Barrett. Despite the best efforts of her doctors and her expressed wish to survive past Election Day, Justice Ruth Bader Ginsburg dies on September 18. On September 26, much to the consternation of his opponents and even some of his own party, President Donald Trump nominates Judge Barrett as Ginsburg’s successor on the Supreme Court, and Senate Majority Leader Mitch McConnell announces a process that may lead to her confirmation by the end of October.

War now breaks out in Congress and the media. It is war because the decisive issue in the culture since 1973 has been the Court’s Roe v. Wade decision mandating abortion on demand. Like all Republican appointees for the past thirty years, Judge Barrett will be accused of planning to overturn Roe, and she will sidestep the issue in her confirmation hearings, claiming that her decisions will be made based on particular, not hypothetical, cases and on the text of the Constitution, with due respect for precedent. In doing so, she will be prudent like Esther in approaching the powers that be in this country.

Her opponents will argue that she should be disqualified because her Christian “dogma lives strongly within her” and will control her decisions. This accusation is part of a larger move to silence orthodox Christians in the public square and to accuse them of “hate speech.” This line of attack is not drawn simply between the church and the secular society but within the church itself, with such Roman Catholics as Joe Biden and Nancy Pelosi declaring abortion an essential human right.

So far the Court, with four sitting Roman Catholic “conservatives,” has been exempt from such a religious test, but as the Preacher notes, “no man knows what is to be in the future.” Furthermore, even among the conservatives on the bench, there is a difference on how to treat right-to-life matters. Several “textualists” are agnostic due to the absence of a specific text in the Constitution on the subject. The one “originalist,” Justice Clarence Thomas, believes that the Constitution should be informed by the principles of the Declaration of Independence, which speak of the “self-evident” truth “that all men are created equal, that they are endowed by their Creator with certain unalienable rights,” the first of which is the right to life. As Antonin Scalia’s disciple, Judge Barrett seems to be on the side of the “textualists,” and it is hard to see Clarence Thomas’s views prevailing any time soon. Nevertheless her opponents are taking no chances and are already portraying her as an anti-abortion religious zealot.

Let’s return for a moment to Esther’s plea to the King: “I and my people, [are] to be destroyed, to be killed, and to be annihilated. If we had been sold merely as slaves, men and women, I would have been silent.” Slavery, ancient and modern, is a frightful and unjust practice, but it is also ubiquitous, even down to the present day, and it has been a particular feature of Jewish history from the days of the Exodus to the Exile to historic Christian and current Muslim anti-Semitic persecution. In the course of this sad history, the Nazis alone carried out genocide on the scale envisioned by Haman. For an enslaved person, Esther argues, there is always hope of deliverance. For the dead there is only darkness and “who knows whether the spirit of man goes upward and the spirit of the beast goes down into the earth? (Eccles 3:21).

For the Christian, the direction from death to deliverance is clear in Jesus Christ: “For if we have been united with him in a death like his, we shall certainly be united with him in a resurrection like his” (Rom 6:5). But it would be perverse for a jurist to use the Christian’s final hope to excuse a human evil as public policy. Southern slave apologists and preachers tried this excuse out, to the Church’s shame. That would indeed smack of theocracy!

The idea of Judge Barrett as an Esther figure is complicated by the fact that there is no Uncle Mordecai to oversee the kingdom. As a Justice she may contribute to rulings that will impact the lives and culture of Americans. But the current candidates for the office of President are vain and ignorant men more like the foolish King Ahasuerus than a wise and prudent counselor.

Shakespeare’s heroine Portia, decked in judicial robes, is acclaimed “a Daniel come to judgment.” Will Amy Coney Barrett be an Esther come to judgment? We do not know that she will go forward to the high court, and even if she does, we do not know what impact she may have. Providence is best recognized in hindsight, but I do think Scripture gives us “types” of how God delivers His people in the vicissitudes of history. The Jews fasted for three days for the queen. Perhaps we should do likewise for this woman come to the kingdom in our day.

On December 11, 2020, the Supreme Court rejected a lawsuit from the state of Texas, supported by 19 Attorneys General and 126 Republican members of Congress, asking the Court, in effect, to nullify the returns of the Presidential election in four states that Donald Trump lost, resulting in the election of Joe Biden.

Amy Coney Barrett, joined by the other two Trump appointees, Neil Gorsuch and Brett Kavanaugh, joined in the majority decision. The Court refused to even hear the suit on the grounds that Texas had no “standing” to overturn other states’ election laws and procedures.

The entire case was caused by the inability of the current Ahasuerus to deal with losing. In my humble opinion, there was a dangerous precedent set this year in the proliferation of early mail-in balloting. It should be addressed in the political sphere, perhaps even by a Constitutional amendment. Justice Barrett and her colleagues were right to limit their jurisdiction, even if it gave vent to the crowd screaming, “Betrayal! We wuz robbed!”

Where the hand of Providence will lead this nation, only “He that bringeth the princes to nothing and maketh the judges of the earth as vanity” knows. Lord, have mercy! 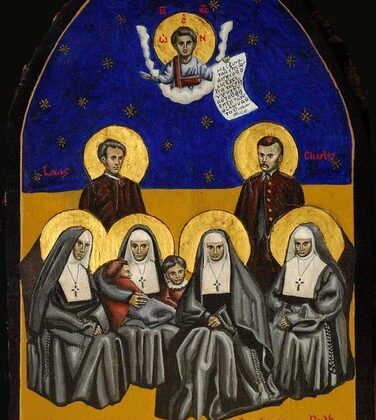 FOR GOD’S SAKE, REMOVE HIM FROM OFFICE [with Postscripts] 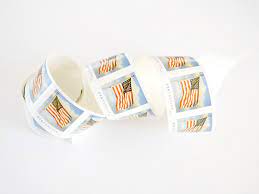 WHY I’M FLYING THE FLAG THIS CHRISTMAS