What then, I thought, would two hands clapping sound like? This in turn led me back to the Apostle Paul.

Most people would agree that Paul’s encomium to marriage in Ephesians, chapter 5, is one of the most exalted statements of the Bible:

Wives, submit to your own husbands, as to the Lord. For the husband is the head of the wife even as Christ is the head of the church, his body, and is himself its Savior. Now as the church submits to Christ, so also wives should submit in everything to their husbands. Husbands, love your wives, as Christ loved the church and gave himself up for her, that he might sanctify her, having cleansed her by the washing of water with the word, so that he might present the church to himself in splendor, without spot or wrinkle or any such thing, that she might be holy and without blemish. In the same way husbands should love their wives as their own bodies. He who loves his wife loves himself. For no one ever hated his own flesh, but nourishes and cherishes it, just as Christ does the church, because we are members of his body. “Therefore a man shall leave his father and mother and hold fast to his wife, and the two shall become one flesh.” This mystery is profound, and I am saying that it refers to Christ and the church. (verses 22-33)

Not surprisingly, the Prayer Book service includes Paul’s language, defining holy matrimony as “an honourable estate, instituted of God in the time of man’s innocency, signifying unto us the mystical union that is betwixt Christ and his Church.” Give the bishops credit for applauding this classic teaching of Bible and Prayer Book (§§7-8).

Paul’s teaching on marriage in Ephesians 5 follows on from a prior section on discipleship in the church, which begins: “Therefore be imitators of God, as beloved children. And walk in love, as Christ loved us and gave himself up for us, a fragrant offering and sacrifice to God” (verse 1). Who is Paul’s audience? Clearly it is the “beloved children” who have been saved by faith, who had previously been dead in trespasses, following the course of this world and the passions of the flesh, the desires of the body and the mind, and who were by nature children of wrath (Ephesians 2:1-3,8). These converts have seen the light and are walking in it. They are the church that is making known to the rulers of this age the manifold wisdom of God (3:10).

For a Christian to “walk in love,” Paul continues, entails necessary consequences: “But sexual immorality and all impurity or covetousness must not even be named among you, as is proper among saints” (Ephesians 5:3). Throughout the New Testament Epistles, avoidance of “sexual immorality” (porneia) is paired with shunning idolatry as distinguishing marks of the Christian “saint.” “Flee fornication” and “flee idolatry” go hand in hand (1 Corinthians 6:18; 10:14).

In his recent book From Shame to Sin: The Christian Transformation of Sexual Morality in Late Antiquity, Kyle Harper demonstrates how Christianity – and Paul in particular – turned the pagan world upside-down with its vision of sexual purity and impurity (porneia):

The chill severity of Christian sexuality was born not out of a pathological hatred of the body, nor out of a broad public anxiety about the material world. It emerged in an existentially serious culture, propelled to startling conclusions by the remorseless logic of a new moral cosmology. (page 86)

I suppose it should not be surprising that the neo-pagans of late modernity are trying to turn back the clock to the glory days of the Roman Empire.

Paul is adamant that these sins not even be named among the saints: “Take no part in the unfruitful works of darkness, but instead expose them. For it is shameful even to speak of the things that they do in secret” (verses 11-12). Paul is no prude. No one in the ancient world could be ignorant of the “unfruitful works of darkness,” as many of them were public and licit. No, Paul’s concern is for the reputation of the church. How is the church to be a light to the outside world if its members spend the night walking in darkness? When Paul speaks of “exposing” the shameful deeds of contemporary society, he does not mean standing on a street corner and crying, “Repent, you fornicators.” Rather, he sees the corporate life of the Christian community, as “imitators of God,” winning people over to the new way of Christ’s love. “Submitting to one another out of reverence for Christ” (verse 21) captures the Spirit of the early church manifesting its light to the pagan world, and a prime arena for showing forth this reverence is marriage and the family.

This comprehensive call to turn from darkness to light, to shun sexual impurity of any kind is the complementary hand to Paul’s glorious vision of marriage as imaging the union of Christ and the Church. This call was something utterly new in the pagan world and remains so today. It was the foundation of a new “rule” of life, which was passed on from the apostles to the church fathers and undergirds the sacred or sacramental status of holy matrimony.

This is the moral tradition which clergy of the church vow to uphold. For Paul, gospel proclamation and apostolic doctrine must be joined hand in hand with pastoral discipline: “Him we proclaim, warning everyone and teaching everyone with all wisdom, that we may present everyone mature in Christ (Colossians 1:28). By instructing faithful priests not to speak the truth about the exclusive demand of God throughout Scripture for men and women to remain sexually faithful in marriage and abstinent outside it (see 1998 Lambeth Resolution I.10), the bishops are binding where they should loose and loosing where they should bind.

St. Paul exhorts Timothy and through Timothy his successors: “Do your best to present yourself to God as one approved, a worker who has no need to be ashamed, rightly handling the word of truth. But shun worldly babble, for it will lead people into more and more ungodliness” (2 Timothy 2:15-16). As I see it, by upholding with one hand the apostolic teaching on marriage and hedging it on the other hand, the bishops of the Church of England are babbling, and this babbling is dividing the flock and demoralizing its clergy at home and abroad. 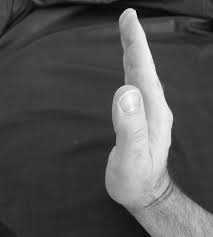 THE ENGLISH BISHOPS ON MARRIAGE: The Sound of One Hand Clapping

ARCHBISHOPS TO THE CHURCH AND THE COMMUNION: “You May Now Take Down Your Hand!”