I received the following comment on my Contending Anglican blog from a clergyman in the Church of England with regard to my post on Jerusalem Declaration clause 13. I am posting his comment and my reply with his permission. NOTE: He suggested that I highlight the distinction between spiritual and temporal authority, which I have done below (in bold). This distinction is my interpretation of the intent of clause 13, though it is not the literal wording, and I certainly do not see it as a “free pass” out of difficult decisions such as the one highlighted (in italics) in the paragraph that follows.

As a recently-ordained theologically-conservative minister in the Church of England who has not yet signed the Jerusalem Declaration, I struggle to understand what a commitment to Clause 13 would mean in practice.

I serve under the authority of my (orthodox) diocesan bishop. So Clause 13 does not require me to reject his authority.

But if I find myself serving under another bishop, who is deemed (by whom?) to “have denied the orthodox faith in word or deed”, then what next? According to Clause 13, I would have declared that I will “reject the authority” of that bishop.

This, it seems, means I would need to resign from my position at that point. I cannot serve under the authority of a bishop while “rejecting the authority” of the same.

I am not prepared to make such a commitment, for three reasons.

First, the bishop’s authority is temporary. No bishop is eternal. There is no “need” for immediate visible differentiation; waiting patiently for God to intervene is always an option.

Third, bishops in the Church of England are themselves bound by solemn declarations. If my bishop departs from orthodoxy, then he or she would be breaching the declarations made at their ordinations/consecration. I can therefore reject their moral authority if they act with such a lack of integrity, but this does not require me to reject their authority in the kind of absolute sense implied by Clause 13.

Now, perhaps this is not what “reject the authority” means in Clause 13. If so, then it could at least be clarified.

I hope that helps to clarity. Thank you again for the posts.

Thank you so much for your thoughtful comment to my posting concerning the Jerusalem Declaration, clause 13, which states: “We reject the authority of those churches and leaders who have denied the orthodox faith in word or deed. We pray for them and call on them to repent and return to the Lord.”

You state: “As a recently-ordained theologically-conservative minister in the Church of England who has not yet signed the Jerusalem Declaration, I struggle to understand what a commitment to Clause 13 would mean in practice.”

Let me begin with some general observations based on the two-decades long process of “realignment” of North American Anglicans (I fear that many in the Church of England are myopic concerning a similar realignment that is underway in the UK and the wider Communion).

Clause 13, as I see it, is directed first and foremost to bishops, who in our tradition are the chief shepherds of the flock and defenders of the faith. Shortly after Lambeth 1998 and the rejection of Resolution I.10 in the Episcopal Church, I wrote a piece called “Broken Communion: The Ultimate Sanction Against False Religion and Morality in the Episcopal Church.” It was addressed to orthodox bishops in TEC, arguing that the conscientious way they could respond to heretical bishops without leaving the church was to declare themselves in a state of “broken communion.” None did. No doubt they would have been defrocked if they had.

While I am sure that there is a variety of ways of applying Clause 13, I imagine it in terms of refusing table fellowship, specifically of not sharing Holy Communion and of not “taking counsel together” in formal church assemblies. This has been the position taken by many Gafcon bishops in refusing to share Communion at post-1998 Primates’ Meetings and to attend the Lambeth Conferences in 2008 and 2020.

What about priests (presbyters)? As you point out, priests vow to “obey” (1662 BCP) or “give due respect to” (Common Worship) their bishop and other authorities. That raises the question of when, if ever, a priest is right to “reject the authority” of his bishop. I would point to two places in these Ordinals which would justify conscientious disobedience.

In the 1662 Ordinal, following the powerful exhortation to shepherd the flock of Christ and before the vow to obey the bishop, the priest makes two other vows:

Common Worship has weakened these vows but still mentions doctrine explicitly and discipline implicitly “as this church has received it.” This last phrase in the American Prayer Book led clergy in the Episcopal Church to declare that in a conflict of authority, the priest’s “first promise” to the historic teaching and practice of the church takes precedence over the false teaching and practice of any bishop or church assembly (cf. Article XX). It is hard to see how the Reformation could have happened without this conviction.

A priest is a “man under authority,” but he is also entrusted with the direct pastoral oversight of his parish. So long as he remains in the Church, he owes canonical obedience in the many “temporal” affairs of church life, but he may also be obliged to draw the line in spiritual matters and confess with the apostles: “We must obey God and not men.” It may not be easy to discern the magic line where temporal and spiritual authority diverge, but surely there is such a line.

In this regard, I would find it difficult as a pastor to abide by the 2014  “Pastoral Guidance on Same Sex Marriage” (§§15-18) which states that same-sex partners, whether married or in civil partnerships, should not be refused the sacraments. How is it possible to exercise pastoral care of souls whose public (a.k.a. “notorious”) manner of life puts their salvation at risk (1 Cor 6:9-10)? Would your orthodox bishop stand with you if you were to warn and turn away married same-sex couples from the Communion table, saying: “I choose to follow Scripture (Matt 18:15-18) and the Book of Common Prayer”? If he would not, as I see it, you would be free, even obliged, to reject his authority for the sake of the integrity of Christ’s flock and for the souls of those for whom Christ died.

A final difficult discernment – and I can imagine this is particularly difficult in the Established Church – is to conclude that the church as an institution is corrupt beyond reform. I for one wrestled with the question of whether and when Episcopal Church had officially violated its own formularies as well as the wider “faith once for all delivered to the saints.”  Clergy and people in TEC made up their minds over a number of years: some left in 2000, others like me in 2008, and some are still hanging in (see the case of Bishop William Love).

I hope this reply helps fill in some of the dimensions of clause 13, which I believe clergy in the Church of England should wrestle with. 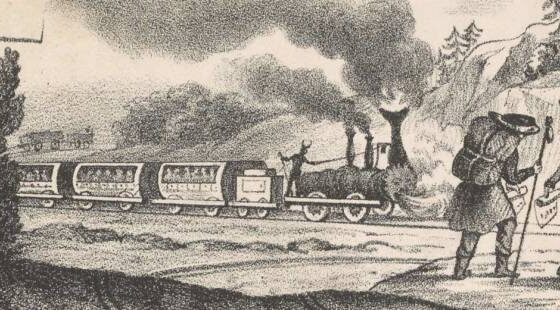 WALKING TOGETHER … TO THE CITY OF DESTRUCTION: A Word from the Bishop Smooth-It-Away’s of the Anglican Church of Canada 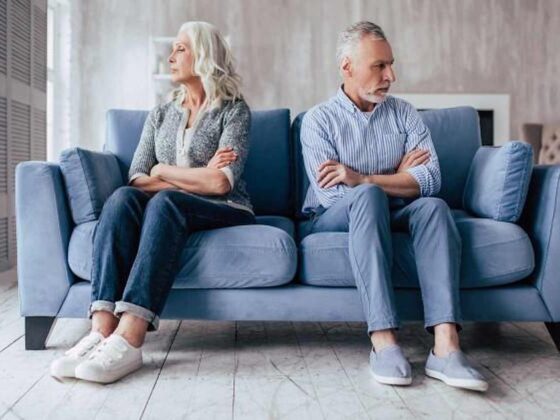 DIVORCE IN THE ANGLICAN FAMILY: A Look Back at the Break-Up