In Part A, I argued that the Episcopal Church USA (TEC) has innovated a marriage rite that strikes through the fundamental Christian understanding that Holy Matrimony as ordained by God is for a man and a woman. This contention addresses the question: who is coming to the wedding Reception?

Two hallowed principles lie behind my question. The first is the principle that praying shapes believing (lex orandi lex credendi). Here is an example of this principle. When we pray “Our Father, who art in heaven,” the prayer shapes our image of God. He is fatherly, patriarchal if you will (check Ephesians 3:14-15). He is also supernatural, reigning above the cosmos. However, we can equally argue that “believing shapes praying.” When in the Prayer Book we confess “Almighty and most merciful Father, we have erred and strayed from thy ways like lost sheep,” our prayer is shaped by the biblical image of God as omnipotent Father and beneficent Shepherd. Archbishop Cranmer’s genius was to so shape a Prayer Book that it may be said: “The services of the Book of Common Prayer are a way of turning the Bible into prayer.”

The second principle is that of reception of tradition. The Bible itself is a complex compilation of tradition. The Book of Deuteronomy is a “second telling” of the Law of Moses. The Gospels themselves record the eyewitness tradition of “all that Jesus began to teach and do” (Luke 1:2; Acts 1:1; cf. John 20:30-31). Likewise Paul “delivered” the eyewitness testimony of the Resurrection which he himself had “received” (1 Corinthians 15:1-12), and he understood his own teaching as authoritative tradition (2 Thessalonians 2:15).

The Jerusalem Council in Acts 15 provides an example of how the church receives and forms apostolic tradition. The issue at the Council was St. Paul’s preaching of the Gospel of justification by faith alone. Certain Jewish Christians were traditionalists of a sort, arguing that when Gentiles were converted, they should be circumcised “to keep the law of Moses” (verse 5). The outcome of the Jerusalem Council was a consensus decision “to lay on [the Gentiles] no greater burden than these requirements: that you abstain from what has been sacrificed to idols, and from blood, and from what has been strangled, and from sexual immorality” (verses 28-29).

Looking back from this side of history, one can hardly imagine another outcome, but that was not obvious at the time and required a major paradigm shift in the “received” teaching of the Old Testament concerning Israel and the Gentiles (e.g., Deuteronomy 7:1-4; Ezra 10:11-14). Note the key elements in Acts 15 by which the church received this new understanding of the Gospel:

Tradition is grounded in revelation. As the Old Testament Scripture is itself the product of God’s revelation to Israel, so the doctrine of justification by faith apart from the law was the result of new revelation to Paul (Galatians 1:12) and to Peter (Acts 10), which Peter confirmed, saying: “But we believe that we will be saved through the grace of the Lord Jesus, just as they will” (verse 11).

Tradition is open to “indifferent” variations so long as essential truths are maintained. Although he considered his central doctrine to be non-negotiable, Paul was willing to accept secondary conditions – abstaining from food sacrificed to idols (verse 29).

Tradition is upheld and ratified by the church’s leadership. James, the brother of Jesus and bishop of the Jerusalem church, along with other apostles and elders, acknowledged Paul’s call to the Gentiles and concluded that “we should not trouble those of the Gentiles who turn to God” (verse 19).

Tradition is Spirit-led and passed on through written precedent. The Jerusalem council agreed with James and wrote a letter, saying: “It seemed good to the Holy Spirit and to us” (verse 28).

Acts 15 is a paradigm text for reception and was so understood by future generations in calling of ecumenical councils to deliberate on important matters of faith and order.

TEC’s Perversion of These Principles

The Episcopal same-sex marriage liturgy is a kind of textbook case of turning the principles of “praying shapes believing” and “reception of tradition” upside-down.

The Episcopal perversion of the first principle says in effect: “facts on the ground shape believing.” Drawing a tactic from the Vietnam war protests of the 1960s, Episcopal innovators began to put “facts on the ground” which could only be undone by leaders with firm convictions, of which there were too few. So in 1974, after the General Convention had turned down women’s ordination, three retired bishops unilaterally ordained eleven women priests. Two years later the General Convention passed women’s ordination and the Philadelphia Eleven, as they were called, were hailed as heroes.

I had my own encounter with this tactic in the late 1980s, when the church was proposing “inclusive language” liturgies. These experimental rites replace masculine language and imagery for God with feminine ones and have now been incorporated in TEC’s Enriching Our Worship. Our faculty read over the rites and concluded we could not use them in worship, but we nevertheless reviewed them in a classroom setting and forwarded our mainly negative evaluation to the Church. Our feedback was thrown out on the grounds that one cannot truly evaluate something you have not experienced in worship. How would this logic work if the church were to introduce Baal worship?

In a similar way, one finds in the TEC Task Force Report much emphasis given to questionnaires of those Episcopalians who have used the “I Will Bless You and You Will Be a Blessing” service. Not surprisingly there is a confirmation bias in the very exercise. That’s the point: the facts on the ground appear to authorize TEC to push forward with its agenda.

The second principle of “reception of tradition” is perverted by the idea of “open reception.” As explained by Paul Avis (Reshaping Ecumenical Theology, chapter 5), the “open process of reception” is seen as an application of the unfolding process of history: “As the Spirit-guided Body of Christ, the Church is continually developing its fundamental appropriation of the apostolic faith in order to respond to fresh circumstances, [t]o meet new knowledge, fresh insights and changes in society.” The true spirit of open reception is the spirit of progressivism, as captured in the James Russell Lowell hymn: “New occasions breed new duties; Time makes ancient good uncouth.”

It is hard to see how TEC has fulfilled the tests of reception outlined from Acts 15. Same-sex marriage is contrary to Scripture from Genesis to Revelation, including the clear teaching of Jesus (Matthew 19:4-6). It introduces a practice which has never been accepted by the church, and if there are few condemnations of it, that is because it was unthinkable throughout human history until the last 25 years or so. So rather than a process of reception, what we really have is a process of deception. As a master strategist put it: “In war, practice dissimulation, and you will succeed” (Sun Tzu, The Art of War VII.15).

The Episcopal Church is now putting facts on the ground with its trial rite. It will bless same-sex marriage and invite others in the Anglican Communion to come to the Reception. Will there be takers?

In Part C of this Contention, I shall look at responses to the TEC agenda from churches of the Communion and particularly the Church of England and in Part D I shall examine Justin Welby’s view. 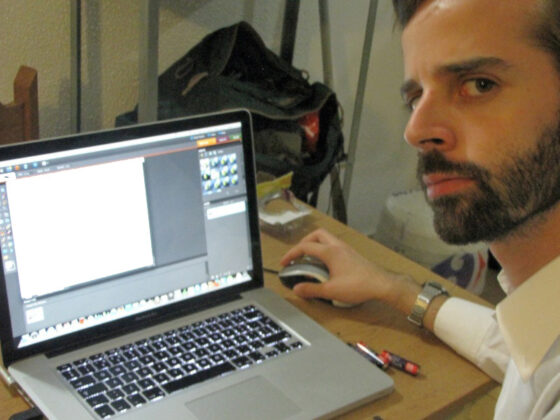