I have been preparing for Gafcon for a long time – a quarter century at least, although I did not know it at the time. Last year I began to assemble and edit my writings in a book, The Global Anglican Communion: Contending for Anglicanism 1993-2018.

The Global Anglican Communion is now available in print and Kindle from Amazon (USA, UK, and Australia) or in print from Anglican Liturgy Press (USA only).

Then about eight weeks ago, I took up blogging, which was something of a challenge for a digital dinosaur like myself. Among my blog posts, I have labeled seven Contentions. As I pack bags to leave for Jerusalem, I would like to sum up the logic of these Contentions.

I am going to begin at the end with Contention 7: Lambeth Speaks Plainly (That Was Then). I have been privileged to attend three major Conferences in 2013, 2008 and 1998. And the Lambeth Conference in 1998 is where it all began. Passage of Lambeth Resolution I.10 on Human Sexuality was an historic event in three ways:

For this reason, I have argued that Lambeth 1998 was the last true Lambeth Conference, with Gafcon as its successor, and that the 2007 Primates’ Meeting at Dar es Salaam was the last true Primates’ meeting convened by Canterbury, which has been succeeded by the Gafcon Primates.

Contention 6 – Trinity Sunday: God the Father’s Day and was a bit of a diversion in honor of the church calendar. But in a deeper sense, it may be the most theological of my concerns. I do not think one can understand the anti-Christian agenda of the West without seeing it as a revolt against the authority of God the Father “from whom every fatherhood in heaven and earth is named” (Ephesians 3:14). The word “patriarchy” today is a curse word which is used to tar orthodox Christians. Indeed there is a history of abuses of which the church has been guilty. But it is the Divine Patriarchy that offers the standard of justice to abuse and the Father’s “giving up” his Son (Romans 8:32) that provides the only remedy for human sin of any sort.

I wrote a four-part Contention 5 (Parts A and B and C and D) on the issue of same-sex marriage, which was approved by the Episcopal Church USA in 2015 and is now to be ensconced in its canons and liturgy. Twenty years ago, I argued that homosexual “unions” or “partnerships” would inevitably morph into same-sex marriage. This prediction was fulfilled first in the secular realm, and now the “progressive” churches are running to catch up, not only in North America but in Scotland and Brazil.

The Church of England and the Archbishop of Canterbury are proposing what I call a “thumbs-sideways” policy of blessing same-sex civil unions while reserving Holy Matrimony for opposite-sex couples only. I argue that their position is logically untenable and politically Machiavellian. They think they can con the conservative churches into a compromise with language about “walking together” and “good disagreement” at least to get them past Lambeth 2020.

In Contention 4 – Gafcon and Prophetic Traditionalism – I argue that, by contrast with this faux progressivism, Gafcon’s Jerusalem Declaration is conservative going back to the classic sources (ad fontes) of Scripture, the Church Fathers and the Anglican formularies. At the same time Gafcon is prophetic in applying these authorities to contemporary issues of sexuality, mission, economic and environmental stewardship, and ecumenism. Hence when Gafcon claims to look to the Global Anglican future, it is doing so through the spectacles of God’s Word written and the historic tradition of the Church.

In Contention 3 – Is Gafcon a Ginger Group? – I examine Justin Welby’s flippant and demeaning characterization of Gafcon as a “ginger group,” i.e., as a small single-issue lobby. One of the ironies of such a dismissal of Gafcon is that it prevents its opponents from actually engaging with the points at issue raised by the Jerusalem Statement and Declaration. The Communion Establishment has placed its bets on the hope that by ignoring Gafcon, it will just wither away. Check back in two weeks to see how well that tactic has played.

In Contention 2 – “Taking Sweet Counsel Together” – I address those who would wish to sit on the fence between Gafcon and Canterbury. I pose this ultimately as a spiritual issue.

So my question to Primates, bishops and other leaders who attend GAFCON 2018 is this:

how can you sit in council in Jerusalem and enjoy sweet fellowship with brothers who have been expelled from their churches, sued out of their properties, defrocked from their ministries, and denied even the name of “Anglican” (as was stated in the latest Lambeth Primates’ Communiqué) and then turn around and sit at table in Canterbury with bishops of the Episcopal Church (and others) who have expelled these brothers?

When I wrote this two months ago, some may have seen this as a “Western” dispute. Now it comes to the Global South as well. How will you sit at Gafcon with the new Primate of the Anglican Church of Brazil and then go and sit with the Primate of the Episcopal Church of Brazil, who has authorized God’s blessing on same-sex marriages?

It is often said that the Global South is more “relational” than the West. OK, then how can you let the Lambeth Establishment lure you into an impossible breach of fellowship?

This brings me to my first Contention, which was to justify my book title The Global Anglican Communion and its

vision of a renewed and reformed Global Anglican Communion, a communion of churches that builds on the heritage of the Church of England and represents the emerging leadership of formerly colonial Anglican churches, whereby the oversight of doctrine and discipline has shifted from Canterbury to the Global South.

I stated in this first essay that this vision is aspirational, that is, not yet realized. While I stand by that qualification, I want to add that it seems God may be running ahead in bringing that vision to reality. He is doing this partly by driving revisionism faster and faster to its outright denial of the faith. He is also doing so by gathering the church in a powerful way, far beyond “realistic” hopes.

We’ll see. I’m laying aside my contentious mantle for a couple weeks and looking forward to sweet fellowship with many fellow Anglicans in the Holy Land. 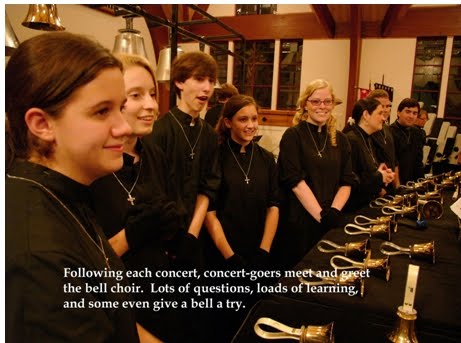